In the Service of Others: A Monk Buttman Mystery 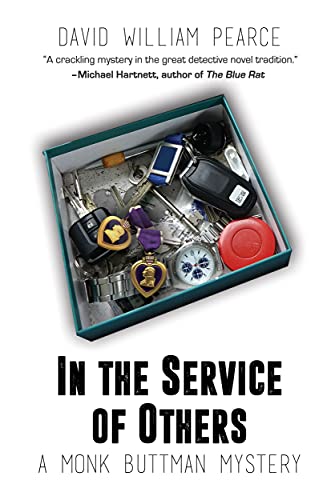 In the Service of Others: A Monk Buttman Mystery


Adjusting to his newfound wealth, Monk meets his youngest brother, Jacob, a Marine. Withdrawn and anxious, Jacob joins Monk in LA only to run off after an accusation of sexual assault from a dead comrade’s mother. Jacob is found dead from an apparent suicide. Trying to understand what drove Jacob to kill himself, Monk learns that many of Jacob’s fellow Marines have died from suicide or murder.

Joined by his father, Moses, Monk does what can to discover what happened to the Marines on their last tour in Afghanistan, and what led so many of them to take their own lives., Monk and Moses find themselves targets, with Monk coming to believe that he’s dealing with murder, not suicide.