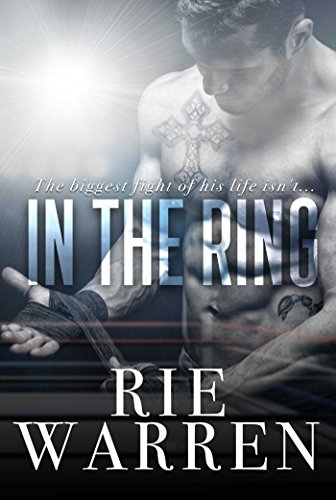 The bright lights. The roaring crowd. The chance at a championship belt. The not-so-little secret Liam Shaughnessy—the Bonny Bruiser—is fighting to keep tucked far away.

Liam got the pussy pounded out of him on the mean streets of Cin-city—the other Sin City. The oldest in a Catholic clan where his da never pulled any punches, he went from geek boy to the golden boy of the boxing world care of his fists. Liam’s on the fast track to having it all . . . all except the one man he wants.

Michael Fairweather makes pretending to be hetero goddamn difficult for Liam. The man is blond and beautiful and just so happens to be Liam’s trainer. With a penchant for doing shirtless yoga, giving midnight massages to loosen Liam’s muscles, and sometimes even taking it out in the ring with him. To say Liam has porn-style fantasies about Michael is an understatement.

Michael’s out and proud. Liam’s only proud of what he can do in the ring. He can’t risk his career, least of all for someone unavailable. Michael has a lover. Liam has the lies he lives every day. And when his money-grubbing manager gets involved as the title win approaches, Liam doesn’t know what hit him.

Fight to win. Fight with honor. It won’t be easy, but that’s okay. Nothing worth fighting for ever is.