Hunted by the Past: PSY-IV Teams Book 1 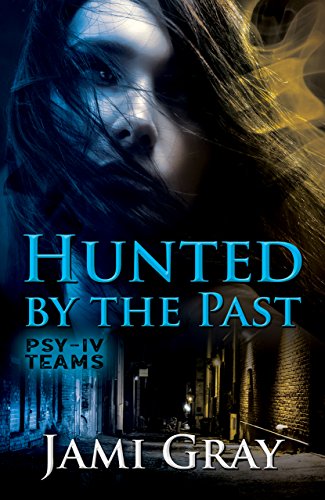 Hunted by the Past: PSY-IV Teams Book 1


She’s a reluctant psychic. He’s the man who walked away. Can they see beyond their painful past to survive a sadistic killer’s lethal game of revenge?

No matter how far she runs, she can’t escape…

Changing the past is an impossibility ex-Marine, Cynthia “Cyn” Arden, understands all too well. Struggling in the aftermath of a botched mission, which cost her two teammates, her military career, and a fledging relationship, her world’s upended once more by a panicked phone call. The psychic killer behind her nightmares has escaped military custody and is hunting down her remaining teammates, one by one. Up next on his murderous list—Cyn.

Unless she can trust the one who walked away…

The killer’s game brings her face to face with the one person guaranteed to throw her off kilter—the unsettling and distracting man she left behind, Kayden Shaw. Once she believed he’d stand by her side, then he chose his job and secrets over her, leaving her heart scarred by their tumultuous past.

Can Cyn overcome her past to trust the man she loves and master the psychic ability she spent years denying before it’s too late?

If you like heart-pounding, paranormal romance, don't miss HUNTED BY THE PAST, an action-packed introduction to Jami Gray's psychic romantic suspense series, PSY-IV Teams.

“She writes with such brilliant tactics that I believe there is a Military Unit filled with special psychic Marines. Hunted by the Past is fast-paced, quick witted, and Ms. Gray can surely spin a fascinating paranormal story.”– Constantine Book Reviews

“… a page-burning, action-packed thriller that kept me on the edge of my seat…” – Roses & Thorns