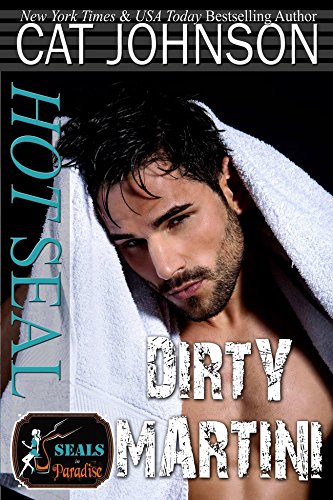 
A Navy SEAL who wants seclusion. A diva who craves the spotlight. The deal they make could give them both what they need . . . if they don’t kill each other first! Reality TV has never been so hot!

Navy SEAL Clay "Dirtman" Hagan's retirement plans are simple. Buy the dilapidated beachfront cottage he found listed for a song, fix it up, and live out his days in solitude. Everything is set until an anonymous bidder drives up the price of his future paradise.


TV talk show host Tasha Jones is flying high, until one word—CANCELED—sends her crashing. Now she's looking to resurrect her career with a new home renovation show if they can get around the buyer standing in the way of the perfect property.

When the competition turns out to be the obnoxious a-hole from her embarrassing drunken one-night stand, the battle for the property really heats up as the insults—and the sparks—fly. The producer notices the chemistry between them and decides the viewers will too and "Hot House" is born.


If Clay agrees to have the self-centered star and her cameras in his house for the duration of the show, he walks away as the owner in the end. If Tasha can put up with living in the bungalow with the Neanderthal control-freak during the construction, she gets a hit show and her career back. Win-win.


It shouldn't be too hard since the director loves when they argue on camera, which is good since they agree on nothing. Well, almost nothing. They do both agree that they pretty much hate each other and neither one wants a repeat of their one night together . . . So why does it keep happening?