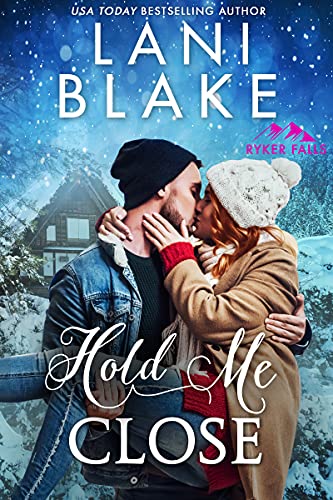 
The life he has always known is about to change

Findlay Hudson, landed in Ryker Falls, Colorado, leaving a dysfunctional family and his bad attitude behind. He has friends he now thinks of as family, and considers himself happy. All that changes when Maggie Winter, a sexy, alluring red-head, returns to Ryker Falls. She’s had her big London adventure, but Maggie’s clearly hurting and vulnerable now.

They’d always struck sparks off each other, but never moved on them. Second time around though, Fin doesn’t seem able to keep his distance, and suddenly the comfortable life he’d always thought he wanted is turned on its head. Maggie’s arrival brings overwhelming desire and hidden threats. Now Fin’s embroiled in a potential homicide, his estranged father arrives in town, and Maggie… well, Maggie, slides into his heart and this time he can’t shake her.

Coming home was meant to heal her

Maggie Winters left home excited for her big adventure, then everything changed one chilling day when she faced an horrific attack. Determined to put the trauma behind her, she arrives in Ryker Falls, ready for the best acting job of her life. Of course, she’d counted on Fin Hudson, a long tall drink of handsomeness who had always made her feel a little off balance, still keeping his distance. Turns out she was wrong. Way wrong.

Maggie’s defences are weakened and now Fin wants to know what she’s hiding and he’ll do whatever it takes to find out. Fin Hudson could seduce secrets from a stone, but Maggie is no pushover.

With a murder to solve, scars to hide and a business to run, she doesn’t have time for love.

But kisses that touch her soul, a confession and the cheering squad of a close-knit community give her the strength to accept that she and Fin deserve a chance.