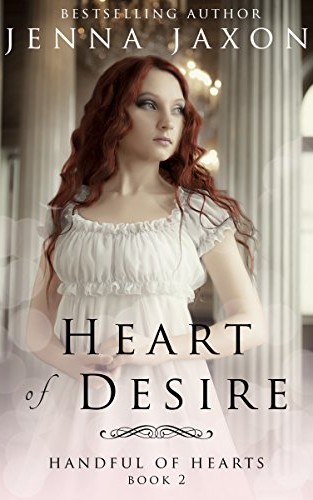 Miss Katherine Locke is irked to start her third season dancing with the disagreeable Lord Haversham, her brother’s friend and her own arch enemy. After three years out, however, she’s finally interested in the dashing Lord Finley—only to find out her cousin has set her cap for him too. To make the man jealous, Kate feigns interest in Lord Haversham, only to be shocked to find the handsome lord apparently falling for her. With time running out, should she accept his suit and risk falling in love despite herself?

Marcus, Lord Haversham, is in a tight pinch. His estates are failing and worse, he’s just lost three thousand pounds to his best friend, Lord Ainsley. Ainsley’s solution: have Marcus marry his shrewish sister and he’ll cancel his gambling debt plus give him ten thousand more pounds for her dowry. With nowhere to turn, Marcus agrees, praying he can keep word of the wager from Miss Locke long enough to charm her into marrying him. But can he avoid falling in love himself?