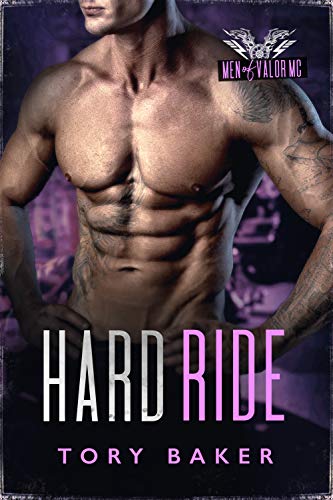 Gage Bennet knew Nova Johnston was meant to be his old lady.
She felt it, too. Of that, he was certain.

Still, the two of them were embroiled in a cat and mouse game, that was slowly driving him mad.

When Nova finally gives in, trusting him with not only her body, but her heart.
Gage knows a freedom like he’s never felt before.
Even on the back of his bike.

She owns his heart.
He’ll die before he ever gives her up.

But when someone from Gage’s past threatens not only him, but Nova, too…
Their future together might be over before it has a chance to truly begin.


Tory has a hot motorcycle man storming in to rev up your engine. This bossy, over-the-top, Alpha is here to give you one heck of a ride as he claims his woman and stops at nothing to claim his woman. As always, it’s a hot, safe, read and tied up in a pretty happily ever after bow—only this time the bow is made of leather. Enjoy!