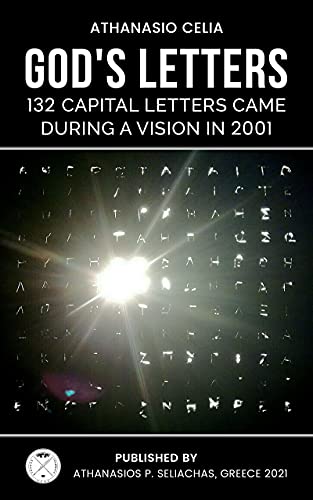 The publication ("God's letters")[68] is about a man who in 2001 recorded a vision, which contained 132 capital letters of the Greek alphabet that created a quadrangular shape 11 to 12. A study revealed that the text is readable in 115 different ways in the ancient Greek language and parallel it encloses depictions and symbols. Besides, it can be simultaneously deciphered mathematically. The whole process of the deciphering shows off an unbreakable mathematical, geometrical and theological coherence which in the end presents 10 big revealing texts. The vision-text, which has as its principal symbol the crucifix of Jesus Christ, turned out to be the Contemporary Revelation.

The German edition of that study ("Der Logos - Der Gottes Beweis"[69]), is published by the same Protestant publisher who also publishes the renowned "German biographical encyclopaedia covering persons related to the history of the Church".[70] And it is broadly accepted by German Christian communities who also represent it through their bookstores.[71][72] Furthermore, the book is registered in the "Index Theologicus"[73] of the University of Tübingen and in other university libraries.[74][75]