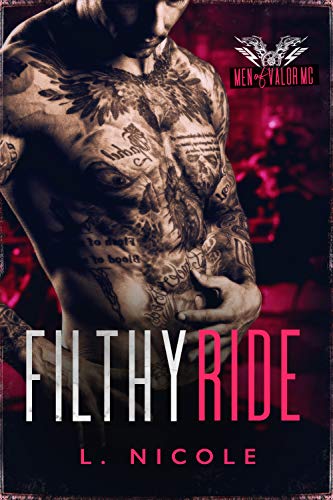 
He’s filthy.
He has no right to touch someone so innocent and pure.

But, he's going to anyway.

Rock Adams is a nomad. He loves hitting the road and going wherever it leads.
Lately, however, that’s been less satisfying.
Since leaving the military, he’s wanted to find a place where he could truly belong.
That hasn’t happened and he’s about given up hope.

He is visiting the Valor MC, working in their garage, until he figures out what he wants next.

Meeting Neena Wallace throws him for a loop.
The beautiful woman with sparkling blue eyes, knocks the breath out of him.
She’s perfect, but her innocence shines like a damn halo around her.

Rock has blood on his hands.
His world is a cold, lonely place and Nee doesn’t belong.

Still, she’s all alone. There’s no one to help her.
To protect her.

Rock steps up to fill that void and now that he’s had a taste of sweet, curvy Nee Wallace…
He’s keeping her.