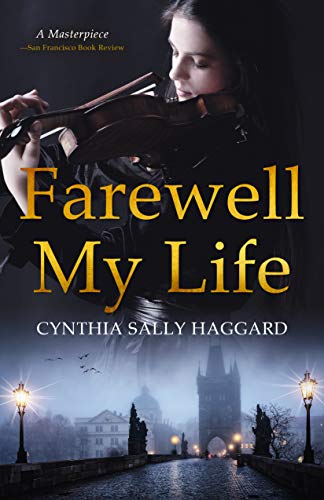 
Award-winning author of Thwarted Queen writes a dark historical, about a hidden murderer and how far he will go to control his wife.

When Angelina, the black sheep of the Pagano family, meets the mysterious Mr. Russell, she has no idea that she has seen him before…in another country.

And so begins "Farewell My Life," a novel in three parts, which spins an operatic tale of dangerous love, obsession and loss; of crumbling, dissolving and nothingness.

"The Lost Mother" slices back and forth between time and space, opening in Georgetown, Washington D.C. in the Fall of 1921, while reflecting a family’s troubled past in Marostica, in the 19th century Italian Veneto.

"An Unsuitable Suitor" is a Cinderella-ish tale with not-so-charming princes who inhabit the edgy setting of 1920s Berlin.

"Farewell My Life," set in Berlin during the dark 1930s as the Nazis gain power, takes comfortable lives, assumptions and civilizations and crumbles them into ash.

And all of this revolves around 17-year-old Grace, Angelina’s younger daughter, whose fabulous talent for the violin promises a shimmering career.