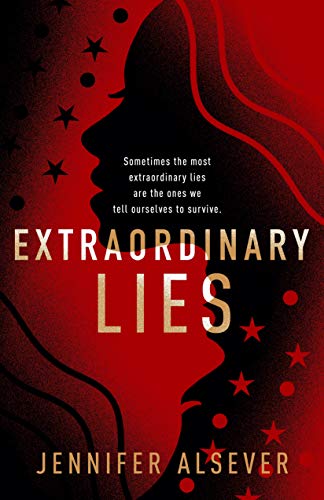 
Julia and Charley may come from two completely different worlds, but they’ve been called the same names all their lives. Psycho. Liar. Witch. It’s the price of being a supernaturally gifted female in sexist, narrow-minded 1971.

Until they’re invited to join the Stanford Research Institute. There, a team of scientists are conducting experiments on people like them—people with the ability to tell the future, read minds, move objects without lifting a finger.

At first, the institute seems like a safe haven. For the first time, Julia and Charley are not alone. Surrounded by others with powers like theirs, they finally make real friends. But as the experiments become darker and more dangerous, and the test subjects’ lives are increasingly at risk, the two girls must work together to unveil the truth behind the scientists’ experiments—and the extraordinary lies they’ve been told to keep them in the dark.

"Imaginative and thrilling all at once, Alsever establishes a grounded,
yet terrifying world where characters who possess extraordinary
abilities are not to be studied, but instead are to be weaponized.
A truly captivating page turner from start to finish.”
Matt Moore, film producer Areu Bros. Studios