Every Breath You Take: Rock Stars in Disguise: Xan, Book 1 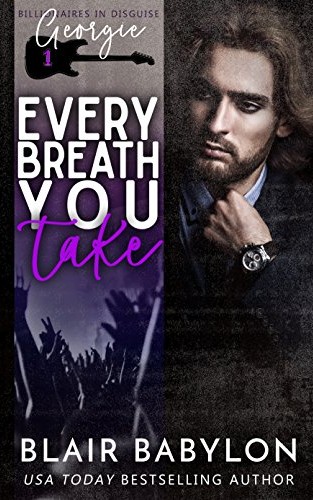 Every Breath You Take: Rock Stars in Disguise: Xan, Book 1


What happens when a Rock Star in Disguise meets a Billionaire in hiding?

Georgie doesn’t know who she is dating.

At a high society wedding, Georgie Johnson is introduced to Alexandre de Valentinois, a hereditary duke of nothing who flies around the world on his private planes and describes himself as “one of those despicable, idle rich men.” Yet, when pressed, he sings at the wedding in a gorgeous, clear tenor that tugs at Georgie’s soul, and miraculously, he calms her paralyzing stage fright so she can accompany him on the piano, even though she thought she had left her classical music career behind when she went into hiding.

But Alexandre has a dark side. His name is Xan Valentine, and he’s the rock star front man for Killer Valentine. He’s famous, but his paparazzi-dogged lifestyle might get Georgie killed.