Enemy on Board (A Space Adventure Book 3) 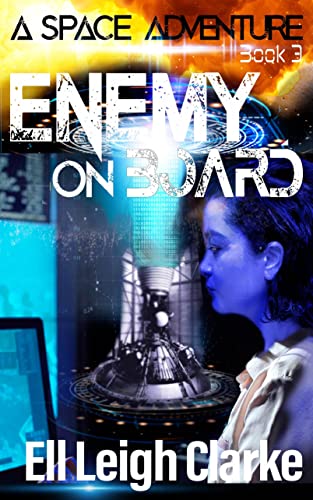 Enemy on Board (A Space Adventure Book 3)


The possibility of a war being started weighs heavy on Karma as she uncovers more intel on a plot that she's inadvertently been a part of.


Still stranded light years from League space, with no way of contacting the authorities to warn them, she's left holding the secret.

Fuel and chart data are the only thing standing between the crew and home, yet both those things are guarded by a long-forgotten race, the old arch enemy of the humans.

Time and chance aren't on her side.

It's going to take some poker-level bluffing to get them back on the road, and she still has to figure out who she can trust.

"If you like Star Trek and devastatingly handsome androids, you'll love this series!"

Similar to: Star Trek: The Next Generation, Star Trek: Voyager and Firefly.