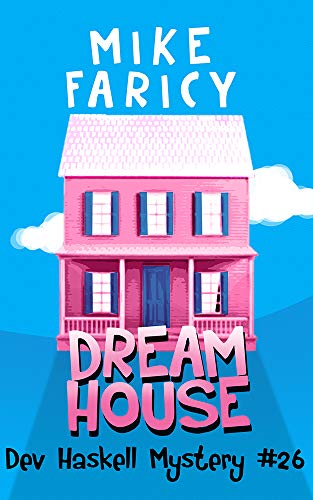 
Mike Faricy is the winner of the

for the Best Selling series.

P.I. Dev Haskell is minding his own business, looking out the window, when a pink Mercedes convertible pulls to the curb. His old flame, Barbie Dahl, a surgically enhanced Barbie Doll look alike, gets out of the car. Barbie Dahl, the same woman who dumped Dev on a trip to Las Vegas. Now, she’s back in town and needs Dev’s help. Apparently her extensive Barbie collection is missing, along with Arnold Wazinski, AKA Ken Carson, Barbie Doll’s significant other…

Fortunately, Dev comes up with a plan. But then Barbie gets involved and decides ‘Ken’ is going to pay, BIG TIME!

Sit back, enjoy, and realize things in life could be worse… A lot worse!

If you like Carl Hiaasen, Tim Dorsey Janet DeLeon, Laurence Shames, and Janet Evanovich- make room for one more!