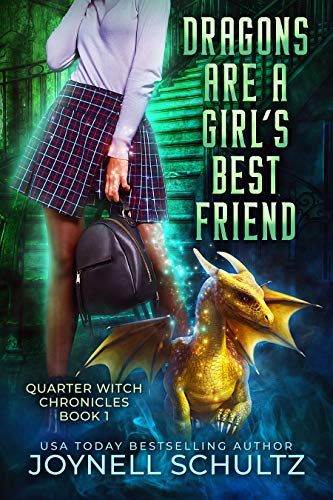 
On the outside, Ruby’s a normal college student.

On the inside?
She’s something else completely.


Magic runs through her veins, tempting her to use it, but Ruby isn’t sure how to control her new powers…until Ty, a dangerously handsome man from another world, spots her and identifies her as a witch. He offers some answers, but they come with a cost.

Not only does using her powers make her a target to others trying to steal her magic and slay her pet dragon, but each act of magic must be balanced—and magic takes whatever it wants.

Is all the chaos caused by casting a few spells to ruin her ex-boyfriend’s perfect skin worth it?

You’ll love this new adult urban fantasy series because it has everything you want to read about: magic, witches, dragons, romance, and a bit of good old-fashioned mischief.