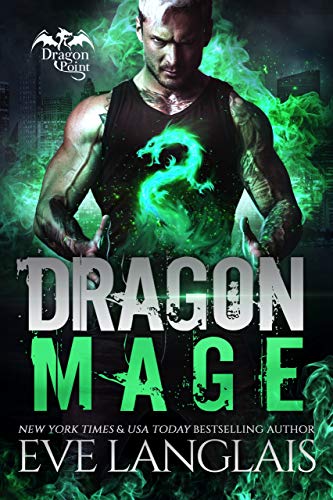 
He's returned to save the world.

"The end is nigh!" according to the media, which is fascinated by the four cloaked figures riding out of the desert. A headline that's about as believable as the existence of dragons.

Daphne isn't paying much attention because she's busy geeking out over the awesome relics that just came into her museum. She's giddy at the prospect of getting to see them up close, until she drops one. In her defense, she was attacked...by a guy made of smoke.

Things might have turned out really bad if she'd not been rescued by a stranger. A man who is also a dragon.

Yup. Dragon. It turns out they are real and super hot. Azrael is also domineering and dangerous with the most toe-curling embrace.

But passion will have to wait.

Azrael needs Daphne to help him save the world. With two of the seven seals broken, they will have to work
fast before a monster is released from its prison.