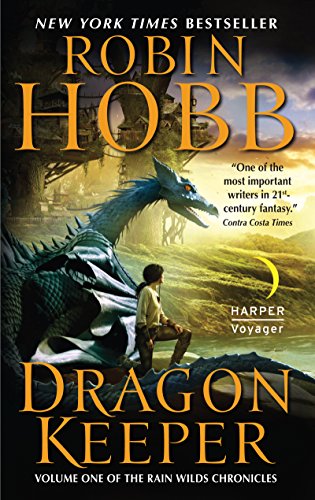 With Dragon Keeper, Robin Hobb, critically acclaimed, New York Times bestselling “master fantasist” (Baltimore Sun), begins a breathtaking  new series about the resurgence of dragons in a world that both needs and fears them—the world Hobb’s readers most recently visited in her immensely popular “Tawny Man” trilogy. Volume One of the Rain Wilds Chronicles, Dragon Keeper is yet another magnificent adventure from the author of  The Soldier Son and Farseer Trilogies, confirming the Contra Costa Times of California’s assessment of Hobb as “one of the most important writers in 21st century fantasy.”