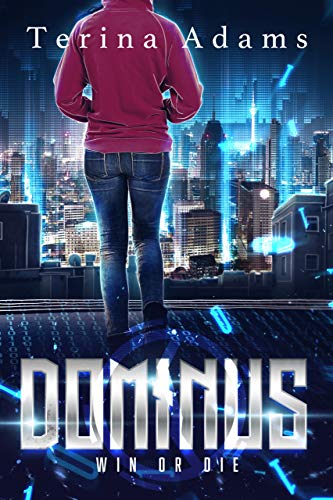 
Blackmailed into playing a virtual game, I have two choices, win or die...

From expensive cars and fancy clothes to destitution, all because my father lied. And boy did he lie. Our family shattered the day they lead him away. You should know someone after seventeen years, right?

That is just the beginning.

Dominus isn’t just a game. And we aren’t just players. And the only way I can leave the game is to play to the end. Or die. If I don’t play then Jax will force my younger brother, Ajay, to take my place. But Ajay doesn’t have the special gift needed to make it through Dominus alive. Apparently I do.

I have to learn fast, trust no one, risk everything and become someone else, someone more deadly than the game itself…