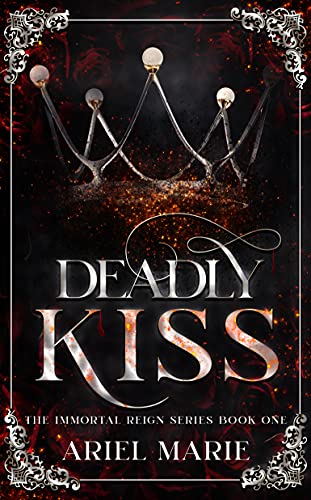 
A vampire princess. A human. One drop of blood changed their lives forever.

Vampires had taken everything from Quinn Hogan during the war. She had spent her entire life hiding from them. The last thing Quinn wanted in life was to be matched to one. Each human was required by law to enter the draft. Her name was randomly picked for submitting her blood sample.

Chances of being chosen? A million to one.

Luck had never been on her side.

Quinn matched with a vampire.

Now she was being shipped off to some random vampire who would probably bleed her dry.

Velika Riskel didn't want a mate. As the warden of Northwest America, there was no time for her to take a mate. When the human arrived, she had planned to release her, but one look into Quinn's hazel eyes and all of that changed.

Velika and Quinn's relationship was doomed from the start. Velika was a seasoned warrior who wasn't afraid of challenges. The vampire princess was determined to win Quinn's heart, defend her against a rival, and then claim her.