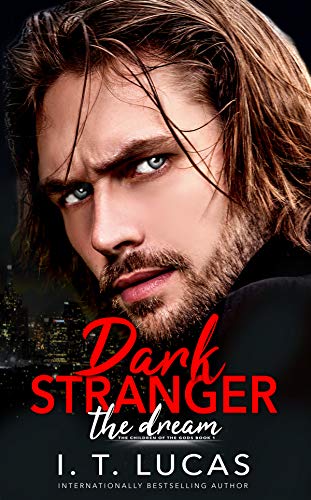 
"Hands down the best book series I have ever read. I Devour the books and coming from somebody who reads all the time this is an extreme compliment. I have never read such a well-written book where the story line develops with so many characters I love knowing what's going on with everybody I love that you switch characters back and forth it is so awesome. Also the steamy love scenes are to die for!"

"This has been the best paranormal series I have ever read. It is better than vampire stories and better than reverse harem stories. It has lots of adventure, mystery, crime, justice, lust, love, romance--I can't put the books down."

"Don't miss this series!! Wow and Wow! Roller Coaster! Grown folks stuff! Not teenage paranormal romance but complicated, complex adult relationships, intrigue, mystery, hot sex, fantasy, and romance! This is EVERYTHING you'll ever want in a paranormal fantasy series!! It will make you cry, laugh, cheer for the heroes and heroines! All of the characters are well developed with strengths and weakness, beauty and flaws. Exciting plots! Intriguing twists and turns! You'll enjoy the mythical, the fantasy, the history! This is a wonderful series! I'm having trouble trying to find something to keep me busy until the next book!! What in the hell am I going to do with myself!! Fates help me."

"Ok, these are probably the BEST books I have read in a long time. The writer is extraordinarily talented in bringing her cast of characters to life. If you like mysteries and love stories that are not typical --written by one of the best authors I have read in a really long time then please pick up the first book and read them."

"Love Love Love this book! This book had me hooked right from the beginning! This is probably the best series I've read and that's saying a lot since some of my favorite Authors are JR Ward, C. Feehan and Kenyon!"

"Best in the genre I. T. Lucas pens an exceptionally well developed story. Many writers in this genre are predictable and formulaic. The Children of the Gods series is never predictable. This series stands with the best of fantasy writers - the fact that it is romance fantasy is almost beside the point. That said, even the sex scenes are well done and NOT predictable! A must read."

"I love this series. I am a huge BDB fan. never miss a book EVER. Now I have added this series to that list. So well written and never drags on--always a page turner. And it is not typical stuff, it is very unique! An absolute must read!"

"I literally read this entire series in 3 days and now I'm going through character withdrawal waiting for the next. I.T. Lucas is an amazing writer with a brilliant mind and has quickly been added to my favorite author list."

When Syssi's paranormal foresight lands her a job at Dr. Amanda Dokani's neuroscience lab, it fails to predict the thrilling yet terrifying turn her life will take. Syssi has no clue that her boss is an immortal who'll drag her into a secret, millennia-old battle over humanity's future. Nor does she realize that the professor's imposing brother is the mysterious stranger who's been starring in her dreams.

Since the dawn of human civilization, two warring factions of near-immortals - the descendants of the gods of old - have been secretly shaping its destiny. Leading the clandestine battle from his luxurious L.A. high-rise, Kian is surrounded by his clan, yet alone. Descending from a single goddess, clan members are forbidden to each other. And as the only other immortals are their hated enemies, Kian and his kin have been long resigned to a lonely existence of fleeting trysts with human partners. That is, until his sister--a neuroscience professor and a leading researcher of paranormal abilities--makes a game-changing discovery.

The Children of the Gods is a continuing saga and is best read in order.