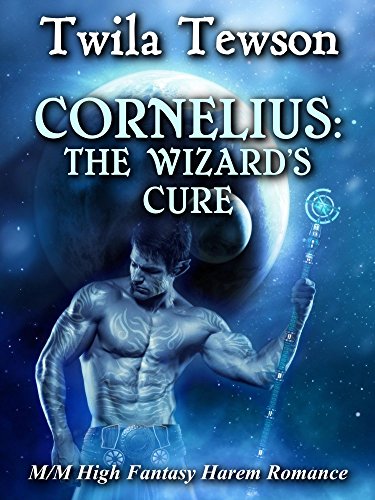 That is the ultimatum given to the wizard Cornelius. If he still had his unicorn’s horn, it would have been a snap. But now that he has been cursed to human form, Cornelius really only has one horn to work his healing magics with and it's lower – much lower – on his person than his unicorn’s horn used to sit. Bedding the lordling is merely business to him, and he’ll zap anyone who says otherwise.

When his father gives him to the wizard, Pelagos assumes the worst: that he’s not only dying, but now also given in marriage. Resolving to make the best of his bad situation, Pelagos tries to be the best spouse he can be to handsome Cornelius, despite his faltering health.

But will Pelagos feel the same after he discovers the truth?