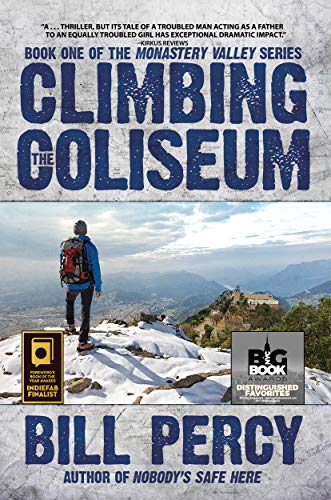 
"A light, breezy thriller, but its tale of a troubled man acting as a father to an equally troubled girl has exceptional dramatic impact." –Kirkus Reviews

It’s the rugged Monastery Valley of Montana. High on the cliff called the Coliseum stands a man, deciding whether to live or die. In the valley below, Grace Ellonson, fourteen, will be abandoned by her mother. Where has Grace’s mother gone, and why has she left her daughter behind? A rancher will be seduced into a racist and anti-government conspiracy—who’s leading the conspiracy and what are his plans? Depressed psychologist Ed Northrup and Monastery Valley newcomer deputy sheriff Andi Pelton struggle to unravel these mysteries before they explode in a violent collision. And amid the chaos, Ed, Andi, and Grace must face the most formidable decision of their lives.