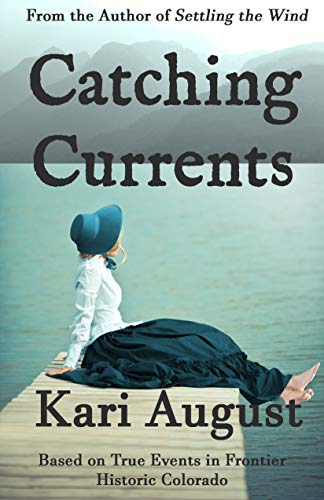 
The last place Sally wants to spend the next year is at a Boston finishing school, shackled with even more rules than high society has already imposed on her. However, little does she realize that her life is about to take a dramatic turn—toward the rollicking West, where far fewer restrictions hold sway.

After she meets rowdy Caroline from the Colorado frontier, not only is an adventurous, exciting world revealed, but an unpredictable one as well. For as she watches her lively new friend attract the attention of her stuffy brother Will, Sally becomes smitten with Caroline’s brother, Teddie—a rancher who thinks nothing of disregarding a few social mores.

If only Teddie can now decide what kind of future he wants. Yet as wandering ambitions threaten to thwart their romance, all strive for contentment in a tumultuous turn-of-the-century America.

Based on true events, Catching Currents is engaging historical fiction, set amidst a nation rapidly changing and the small town of Estes Park, just trying to keep up.