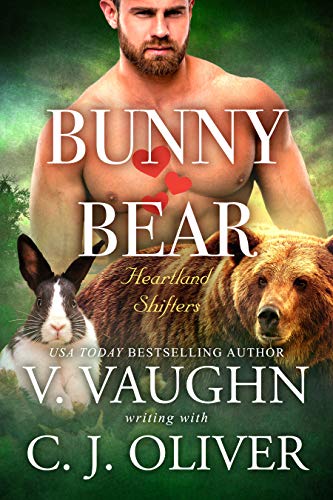 
Hillary Raz wants nothing to do with her ex, Alec Thompson when he blows into town after leaving her for football five years earlier. Unfortunately, her bunny has other ideas. The energetic rabbit doesn’t care about a silly thing like a broken heart, she just wants to get her tiny paws on the bear shifter who is her true mate. But even though Alec claims he’s going to stay, Hillary doesn’t trust he’s back for good, or that she’ll ever be more important than his career.

Alec Thompson’s football career is over. After a devastating injury destroys his superstar status, he returns home to the small shifter town of Heartland to heal and to reconnect with the woman he shouldn’t have left behind. But Hillary’s still healing too, and even though he’ll do whatever it takes to claim his fated mate, it may be too late for Hillary and Alec to find a second chance at love.