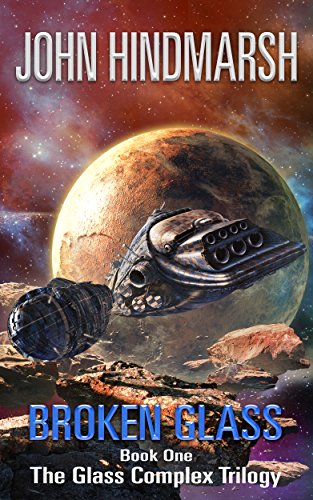 
What can one man do to recover his home?

A small planet, its wealth hidden – or so they thought; peaceful, although its inhabitants are prepared to fight for what is theirs—they call it Homeworld.

A traitor helps a rival house in its attempt to capture the planet. The ruling family fights back and most are killed or captured. Steg de Coeur, directed by The Glass Complex, an ancient and self-aware computer complex, flees the planet. He gradually learns of his ability to communicate with computers, friendly, hostile, or alien.

But he must ignore the siren songs of the stars.

He is pursued by false warrants and traitorous Imperial forces.

The Glass Complex is a series of action-packed adventures in space. If you like interspecies intrigue, space opera, military sci-fi, and a touch of fantasy, then you'll love this intergalactic space opera.

Read Broken Glass, the first book in this series.