Blood In The Water (An Act of Piracy Book 1) 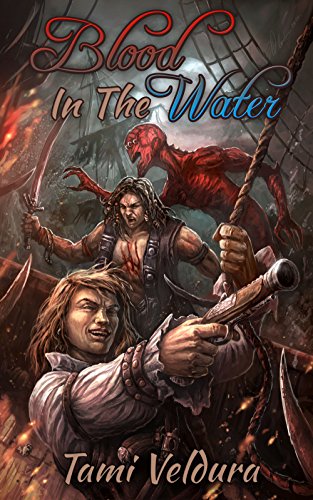 Blood In The Water (An Act of Piracy Book 1)


Kyros Vindex, treasure-hunter, has a problem. He's carrying a torch for a fellow pirate with the sexual awareness of a teaspoon. Rumors say the man has killed hundreds. He's determined to knock some sense into the work-a-holic that captains the Midnight Sun, but damned if he knows how.

Eric Deumont has more pressing concerns than the treasure-obsessed Kyros. There's a creature inked into his chest that no witch in the seas will lay hands on for all the gold in the world. He knows it gives the Midnight Sun a cursed reputation and that doesn't make living any easier. He has heard stories of spirits trapped for lifetimes inside spelled puzzle jars. Eric tracked down three of the pieces for such a jar with a lead number four. The fifth is still out there.

Even then, the spirit of vengeance that lives in Eric's skin has no intention of giving up such easy access to the mortal realm. It craves blood and the light of the moon allows it to wreak unchecked havoc. Cursed is an insult. This is madness.