Blitzball: A Teen Clone of Hitler Rebels Against Nazis in Coming-of-Age 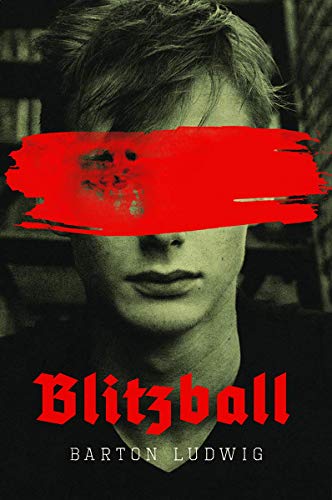 Blitzball: A Teen Clone of Hitler Rebels Against Nazis in Coming-of-Age


In a bestselling novel that speaks out against fascism and racism, a teen clone of Hitler battles his genes and tries to choose a different path. At Reichfield High, soccer is war and the battle is fought between Neo-Nazis and Mexicans.

"The tone hits a range of notes between Suzanne Collins' 2010 book, Mockingjay, and Mel Brooks' 1967 film, The Producers." — Kirkus Reviews

A predominantly white Reichfield High has lost every game in the last few years to the North Prep, a school with mostly Mexican, Brazilian, and Filipino students. For the first game of the season, however, Addie and his teammates are confident that they will win—because they’ve personally made sure the lead player of the opposite team will be unable to play.

Addie and his supremacist and misogynistic friends are ill-prepared for what comes next, though. They are defeated by Shaylee, the best soccer player North Prep has ever seen—who also happens to be a girl. Granted an exception, Shaylee is allowed to compete in a team of all boys.

Unable to accept defeat, Addie is convinced that Shaylee must be using illegal methods to beat the Reichfield team. He sets out to expose her, but discovers instead that he has secrets of his own…

"Blitzball" combines a science fiction dystopian story with strong elements of coming of age. Throughout this book, Addie's main goal is to fight the forces that want to turn him into the next Fuhrer. Addie must put aside any self-destructive patterns that might lead to him becoming an evil totalitarian dictator. He must determine who's behind the plot as well as who's pulling the strings. As well, he must use his wits, soccer iq, a combination of strategy, historical smarts, clever maneuvers, and extreme tactics to defeat those forces united in trying to control the outcome of his fate. History might have led to Adolf Hitler becoming Hitler but Addie is not Hitler. Addie is a clone and he's determined to be better than his predecessor. However, the effects of peer pressure and bullying from the teen boys at Reichfield High might be too strong for him to handle. Addie has to choose between feeling like an outside or feeling belonging and succumbing to the strong pull of popularity.
.
"In a dystopian science fiction story that highlights and takes a stand against fascism and racism in the 21st century, this story is quite relevant to society today where racism, fascism, totalitarianism and oppression can lurk under the surface everywhere you look. In this novel, the Draugar are make believe zombies that Addie and Thomas were scared of as kids. As a teen, Addie discovers that there are far greater fears in real life, namely all of the fascists in his town."--Avery West, author

An intriguing blend of racial conflict, wry humor, and a winding plot make for an enjoyable read in Blitzball by Barton Ludwig, a narrative with a strong appeal for fans of soccer and coming of age." — Readers' Favorite