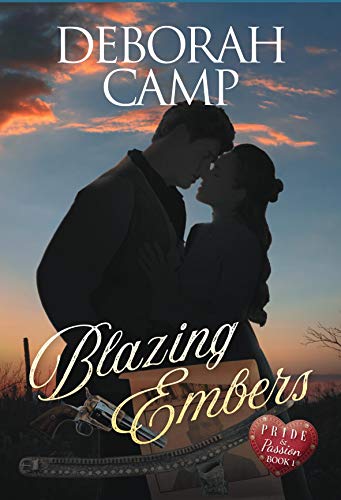 
In a West run by outlaws, Cassie Potter’s father is brutally murdered and she can afford to trust no one. Even the handsome stranger collapsed on her doorstep could be dangerous—despite the bullet in his back—a fact that makes her shudder even as the sight of him makes her heart race.

As Rook Colton’s strength and lust return, Cassie is helpless against the power of her own desire. When he takes her hungrily in his arms, warm lips trailing down her neck, her shoulders…she can no longer suppress the blazing flames within her. Forgotten is the “Wanted” poster that bares a strong resemblance to Rook—a lapse that could mean the end of all Cassie’s carefully protected since her father’s death.