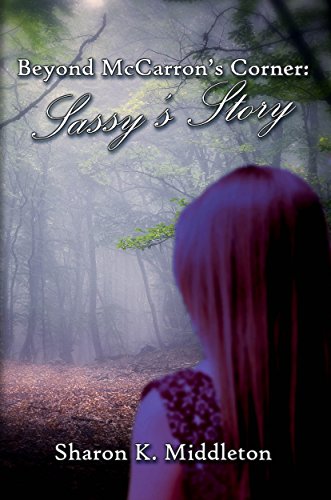 “A series with an intriguing historical setting and time-travel premise...” –KIRKUS REVIEW

Sassy and Owen Winslow were historical experts on the Revolutionary War and the Culpers, Washington’s spy ring. After her husband dies unexpectedly, Sassy struggles to find new meaning in her life. When she goes exploring in the Cohutta Wilderness, she falls through a hole in time, and finds herself in the Indian Territory in 1778, falling in love with Big Sexy Will Selk.

Will Selk, one of Washington’s spies, falls in love with the spunky widow who came to live at McCarron’s Corner after her husband’s death. When he learns she came from Beyond, both Will and the Commander-in-Chief are eager to pick the historian’s knowledge of the American Revolution – and in the process, Washington identifies the Culper Ring’s Madame X, who turns the tide for the patriots to win the war when Sassy provides vital information.