Before I Die: A psychological thriller full of twists and turns 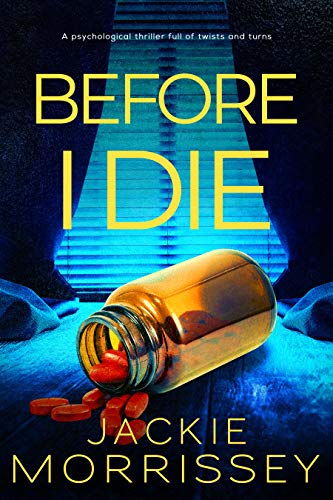 Before I Die: A psychological thriller full of twists and turns


She’ll care for you. Until you’re dead.

When Maureen falls and injures her ankle, her daughter Alva is convinced she can no longer take care of herself and is determined to get her some help – which comes in the shape of local caregiver, Dolores.

Maureen tries to say no, she’s fine on her own, but it’s not so easy to get rid of Dolores. She seems to be everywhere, poking her nose into every corner of Maureen’s life, implying to Alva that her mother will soon need constant care.

Maureen feels as if she’s under siege 24/7. And she knows in her heart that there’s something not right about Dolores…  But no one will listen.

Then one of Dolores’s other charges dies in mysterious circumstances and Maureen realises she may be fighting for a lot more than her independence.

Because once Dolores has you in her care, death may seem like a sweet release.