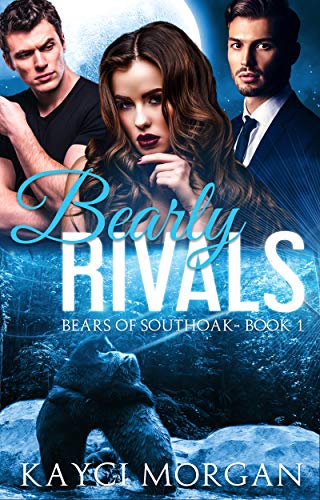 
When two rivals fall for the same woman, she must make a choice that will shape the future of their clan.

Bailey, a curvy interior designer, has given up on ever finding love. So when her best friend sets her up on a blind date, she's more than just a little skeptical. But all doubt is pushed aside after she meets Jaxon, a bear shifter who is everything she could ask for--strong, handsome, and kind.

But Jaxon has a rival for leadership of his clan, another bear shifter named Levi who is thrilling and mysterious with an air of danger that draws Bailey in. Levi also becomes a rival for Bailey's affections. She tries to resist him, but the allure is too strong.

Things become even more complicated when she discovers the two of them have a romantic history. With passions on the rise, they find themselves tangled up in a vicious battle for leadership and Bailey. The winner takes all and the loser gets nothing.

But when Bailey's heart won't accept anything less than both of them, what can she do as long as the two remain divided over their past?

This is a stand-alone story with an HEA and MF, MM and MMF pairings.