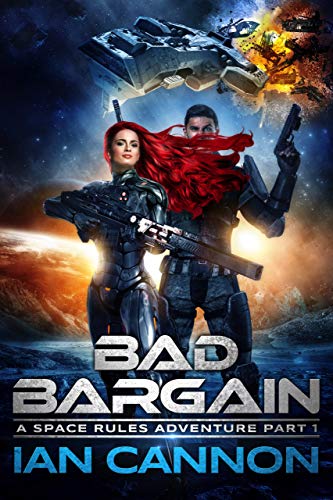 Having deserted the endless combat of an interstellar war together, Tawny and Benjar Dash spend their lives navigating a war-torn galaxy as interplanetary cargo runners. Now, evading both the Imperium and the Underworld Cabal presents a constant set of challenges … especially once technical data on the war’s most lethal moon cannon falls into their hands.

Pursued by a host of hired bounty hunters, running headfirst into a trap seemed inevitable. So once Benjar is captured by a nefarious conspiracy group hell-bent on dominating the entire solar system, it’s up to Tawny to strike a bad bargain with one of their biggest enemies to get him back. And the galaxy? Yeah—it might just get its narsicles kicked.

"What a thrill ride ... A fantastic space adventure indeed!" — Amazon Australia
"An absolute gem. A must read for all fans of this genre. If I could give it more than five stars I would." — Amazon UK