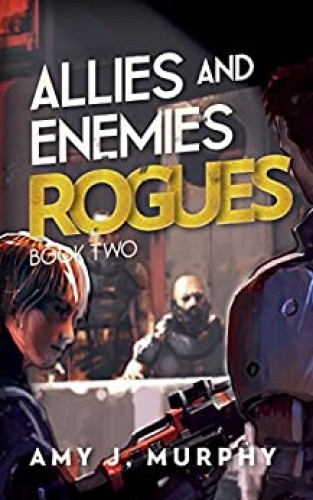 
Fate can hold a grudge.

For fugitives of the Regime, Sela Tyron and Jon Veradin, the evidence is undeniable. Their escape into the Reaches meant a chance at a new life together without looking over their shoulders. However, in this savage, hardscrabble region, the pair quickly find themselves targeted by scheming alien gangsters and cybernetically-enhanced Guild agents. What else could go wrong?

She was supposed to be dead. That was the plan anyway.

When a mysterious young woman with strange abilities wakes up as a prisoner of vicious Zenti pirates, a miraculous resurrection is the least of her concerns. Facing a host of new dangers, she needs to escape and find her brother. Can she trust a self-confessed spy to help or does he have an agenda of his own?

If you love gritty, epic space opera like The Expanse or Firefly, this second book in the Allies and Enemies series is meant for you.

Suit up. Time to join the fight.