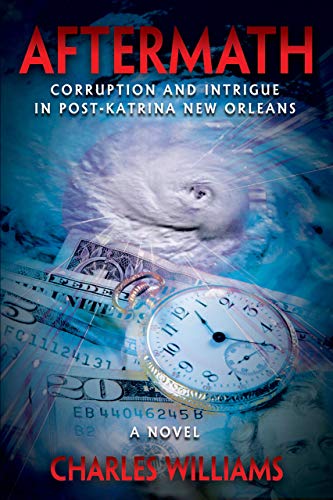 
In the aftermath of Hurricane Katrina, greed and corruption plague New Orleans… As 2007 begins, New Orleans is past due to begin its recovery from the devastation of the storm. A proposed real estate project in an impoverished minority neighborhood known as Bacauptown could ignite the City’s recovery. The conflicting agendas of three resolute men clash as their paths intersect in this project. Clint Johnson, Louisiana native and successful Baltimore banker, is beset by financial and marital problems from the stress of a severely autistic daughter. He commits a reckless act, and to redeem his career and troubled family life, he must go down a path of undercover intrigue in Louisiana. His work will bring him into a relationship with a beautiful Creole woman and into the crosshairs of a mob hitman. Joseph Pacello, a self-made real estate developer, borrowed mob money to keep his business afloat after the hurricane and now must close the Bacauptown financing to pay it back. As the wizard behind the deal, he must orchestrate all the bribes, bogus contracts, and political contributions necessary to grease the skids for a closing. Reverend Clarence Washington, the charismatic black minister who conceived the Bacauptown project, must contend with racism in the white community and fend off the greed of the black mayor and others who want to enrich themselves at the expense of the neighborhood and people his God-given vision will help. Aftermath is the engrossing tale of three men—aided or impeded by a cast of vivid characters—whose paths become entangled in a complex and dangerous series of events.