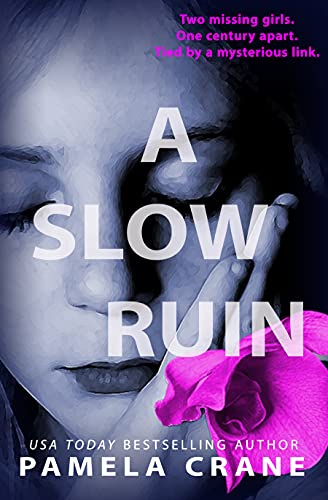 April 2021. On the anniversary of her great-great-grandmother's disappearance, Alvera's namesake Vera Portman vanishes in an eerily similar manner.

Six months later, the police recover a girl's body. While the family waits in the horror of finding out if it's Vera, Felicity Portman clings to hope that her missing teenage daughter is still alive. Despite all odds, Felicity senses a link between the decades-apart cases--a mother feels such things in her bones. But all suspicion points to the last person who saw Vera alive: Felicity's sister-in-law, Marin.

Marin, with her troubled past.
Marin, the poor woman who married into the rich family.
Marin, the only one who knows Felicity's darkest secret.

As Felicity makes a shocking discovery in Vera's journal, she questions who her daughter really is. The deeper she digs, the more she's ensnared in the same mysteries that claimed their ancestor in a terribly slow ruin.

"An emotionally charged mystery of how a mother must lose her daughter to find herself. Chilling from the first page. Gripping until the last." - reader review