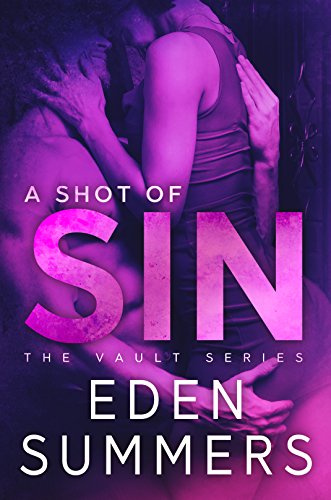 
A standalone novel containing forbidden romance and a delicious alpha male.
The Vault: These men will push boundaries. Then break them.

He's her boss.
Her fantasy.
An unobtainable dream wrapped in an expensive suit and arrogant smile. Until she uncovers his secret: a world of carnal exploration she isn't sure she can handle. One night, one taste. It should have been easy. Problem is, he's so damn addictive she can't stay away.

She's his employee.
His temptation.
A fantasy he should have kept at arm's length and admired from afar. He knew exposing an inhibited woman to his darkest desires would be a mistake, but the lapse in judgment had been inevitable. He can't resister her. Not her body. Not her sass. Now everything he's worked for hangs in the balance along with her clearly marked boundaries.

Secrets are at stake. Relationships, too. Yet neither one of them can ignore the wicked taste of sin threatening to tear it all apart.

Please note: This book was previously released by Samhain Publishing. This new edition contains a few slight tweaks as well as a new setting for the series.