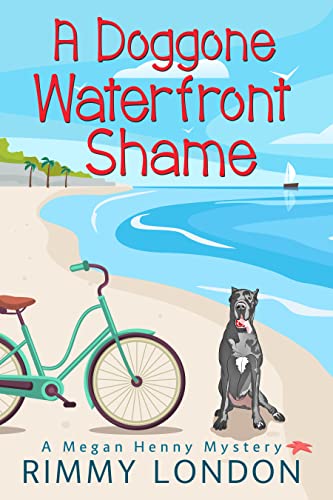 
A new life. A clumsy stray. But when Megan decided to open a shop on the boardwalk of Seacrest... she never planned on murder.

Megan's first day running her new scooter rental shop comes with one massive hiccup. A would be purse-snatcher dashes out the front door and Megan takes off after him. As the moment unravels, she finds it was all a harmless prank. But not everything is as harmless as it seems.

When a body is found at the construction site of a high-end development, news shakes through the small town and speculation runs wild. There's the charming English woman who runs a bookstore a few doors down, the young college student Santiago who's a shameless flirt, the billionaire himself, along with the fireman, the construction crew, and the rest of the gang. Somewhere out there is a murderer, and as she stumbles across the clues, they set their sites on Megan.

A charming tale of mix-ups and mysteries. Explore the wonders of the pacific coastline with Megan and be inspired. Who knows? Maybe you'll find the courage to chase your dreams as well.